Unit orders in January increased 9.1% compared with one year ago, marking the fourth month of growth in the last five months. As a result, the annual rate of contraction decelerated for the sixth straight month to its slowest rate of contraction, -8.8%, since September 2019. Amazingly, given a nearly complete lockdown of the economy in much of April and May, the bottom in the rate of annual contraction this cycle was nearly identical to the bottom of the rate of change in 2016.

In January, dollar orders increased at a slightly slower rate of 8.2%. Therefore, the average dollar price of machine tools decreased by 2.3% compared with one year ago. The annual rate of contraction in dollar orders decelerated for the sixth month in a row to its slowest rate in August 2019.

Month-over-month rates of change differed wildly among the six regions. The Southeast and South Central were the strongest performing regions.

Compared with one year ago, the GBI: Metalworking grew 11.6%, which was the seventh consecutive month of growth. The annual rate of contraction in the GBI decelerated for the eighth consecutive month. It tends to bottom out 7-10 months prior to machine tool orders bottoming out. However, it is clear that the annual rate of change in machine tool orders has already bottomed ahead of schedule. 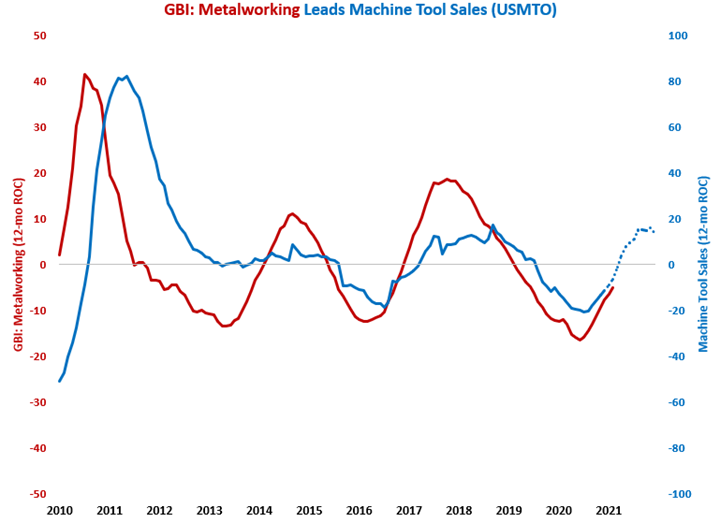