In 2017 and 2018, the World Machine Tool Survey from Gardner Intelligence, the research arm of Modern Machine Shop publisher Gardner Business Media, showed that 12 out of the top 15 machine tool consuming countries increased their consumption. It is relatively rare for this to happen in a single year, and this was the only time it had ever happened in back-to-back years. This worldwide upturn and the extremely cyclical nature of the machine tool market should have been a clue to the fate of machine tool consumption in 2019, which was a worldwide downturn.

While there was a recovery in 2017 and 2018, the global machine tool market has essentially contracted since 2011. Much of this contraction is due to China, which most certainly led the contraction in 2019. China’s 2019 consumption was $22.3 billion, falling $6.4 billion, or 25.3%. The decrease in China’s machine tool consumption accounted for nearly half of the global decline.

The Chinese automotive industry, among others, slowed toward the end of 2019. The Chinese economy was also hit particularly hard by the quarantines to contain COVID-19. As a result, China’s machine tool consumption will likely see another significant decline in 2020, perhaps another 15-25%, or roughly $5 billion.

China’s machine tool consumption accounted for 27.2% of the market in 2019. This was the first time China’s machine tool consumption accounted for less than 30% of the global market since 2008. And the country’s share of the global market could fall again in 2020 as work moves toward Southeast Asian countries not hit as hard by COVID-19 and Mexico, which continues to claim a larger presence in global manufacturing.

Mexico consumed $2.5 billion in machine tools in 2019. That was its third highest total ever and its eighth consecutive year with more than $2 billion in consumption. Mexico consumed 9.1% more machine tools in 2019 than it did in 2018. Of the top 15 consumers, Mexico had the second largest increase (only Brazil increased more). Mexico’s 2019 growth was also the fifth fastest in the world. Three of the faster-growing countries were significantly smaller consumers, making their higher rates of growth much easier to achieve.

Of the 12 countries that decreased consumption in the top 15 consumers, the U.S. recorded the smallest decline. As a result, the U.S. significantly increased its share of the global machine tool market. In 2019, the U.S. consumed 11.9% of the world’s machine tools. This was the U.S.’s highest share of global consumption since 2001. This is significant because 2001 was the start of significant offshoring of U.S. manufacturing due to artificially low interest rates set by the Federal Reserve to help the country recover from the bursting of the dot-com bubble.

Since the end of the Great Recession in late 2009 or early 2010, the pendulum has swung back as manufacturing returns to North America, more specifically the U.S. and Mexico. The generally rising share of global machine tool consumption for both countries during that time is evidence of the reshoring or near-shoring trend.

COVID-19 has led several countries to lock down significant portions of their populations, which has led to a significant reduction in economic activity. It is quite possible that global machine tool consumption declines by 15% or more in 2020. If global machine tool consumption declines by 15%, it would drop below $70 billion for the first time since 2009, in the midst of the Great Recession.

China, the world’s largest producer of machine tools, decreased its production by $4.6 billion, or 23.1%. China’s machine tool production has decreased six of the last eight years, falling to its lowest level since 2009. In 2019, China’s share of global production was 23.1%, which was its lowest share since 2008, when it was 16.4%.

The World Machine Tool Survey contains much more information, including not only consumption and production data, but also data related to imports and exports of the top 60 machine consuming countries. The report includes import and export data on high-level machine types. To purchase the report and the data supporting it, visit gardnerintelligence.com.

For more information about the survey and its data sources, see the sidebar at the end of the original post here. 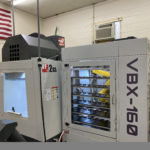 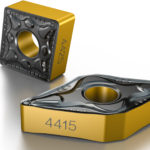 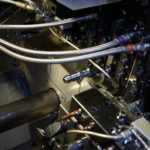