You are here: Home / News / FADAL IS BACK! Machine Tool Giant Fadal Engineering Back Under New Ownership

Fadal Engineering (Fadal), a Michigan-based company, and Merrill Technologies Group (MTG), a Michigan-based, family-owned manufacturer, have joined forces to launch a new Fadal CNC full-range product line.
“Fadal will manufacture in Michigan and California and sell globally through a distributor network. Fadal was a global leader in the production of Vertical Machining Centers (VMC) before closing its manufacturing facility in Chatsworth, CA in 2008.” said Tansel Avci, Chairman.
Fadal will launch its new Classic Series VMC at this year’s International Manufacturing Technology Show (IMTS), September 8-13, 2014, in association with Ingersoll Cutting Tools of Rockford, IL.
The Classic Series; VMC2516, VMC3016, VMC4020, VMC6030 and VMC8030 mirror the legacy box-way machine models that made Fadal one of the most prominently known CNC machine tools for nearly 30 years. Fadal is also proud to announce the following CNC horizontal turning centers; FG5, FL6, FL8, FL8L, FL10 and FL12. Fadal has updated the legacy American-made VMCs with the latest in engineering enhancements.
“Fadal consistently ranked best-in-class with Cat-40 spindle torque rate of 220 ft•lb, nearly double that of its competition. MTG updated not only the mechanicals, for instance a new spindle design to incorporate Big Plus technology, but the new Fadal CNC-64MP control functions with the same language and compatibility of the legacy Fadal CNC-88, CNC-88HS and CNC-32MP control, but operates with greater processing power and speed. This provides accuracy, simplicity and a price point our customers deserve,” said Michael Naert, Vice President of Operations. “The new Fadal is all about bringing back to market an easy to use, CNC machine tool of sound design and state-of-the-art technology.” said Tim Consalvi, Director of Sales.
Later in 2014, Fadal will release its VMC Performance Series, offering larger travels, greater weight capacity, higher traverse rates and greater CAT-50 spindle speeds. In 2015, Fadal will offer customers even bigger machines; The Heavy Series will be Fadal’s third entry into the market. This series will have extremely large machining and turning ranges and capacity, making it desirable for the energy, off-road, aerospace and defense markets.
“Our complete line of VMC’s and turning centers offer machinists varying levels of performance options to accommodate application demands and budget, said Naert.”
After being sold by its founders to Giddings & Lewis in 1995, the Fadal name has changed hands numerous times through a series of mergers and acquisitions.
“Fadal was once synonymous with quality, affordable CNC machinery and we look forward to restoring that reputation,” said Naert.
“There is something kind of nostalgic about bringing a once family-owned company back to its roots, said Robert Yackel, CEO of family-owned Merrill Technologies Group and now Fadal Engineering. The founding family of Fadal was a lot like my family. Entrepreneurial, hardworking, resourceful and determined. We’re proud to lead Fadal into its next era of success and the market is hungry to have Fadal back.”
# # #
Fadal Engineering offers a full line of reliable and affordable vertical machining and turning centers, known for their quality, simplicity and affordability. With production in Michigan and California, Fadal serves the world through a sophisticated distribution network. Fadal. For Machinists. By Machinists. To learn more, visit www.Fadal.com 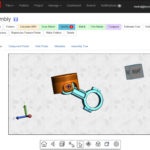 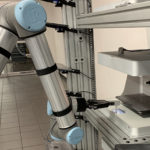 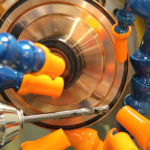